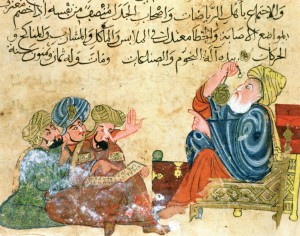 END_OF_DOCUMENT_TOKEN_TO_BE_REPLACED

If you or your Non-Royal group wants a Pavilion or day shade on the Battle field, please fill out the Google form below. https://docs.google.com/forms/d/1XsecLVYkDkWfyx7YbkNQ6iB9tqUruOejOZfyVA-bhlc/viewform Your answers will be auto filled in to my spreadsheet and time stamped. Thank you, Syr Silverthorn DM Martial Activities Pennsic 42

On Saturday, June 1, 2013, the outgoing Royal Archery Champions of the East ran a devious (some would say “despicable”) tournament to determine their successors. The Queen’s Champion, Master Philip Reed the Facetious, created 11 novelty shoots, providing a full day of challenging and fun archery for all the competitors. The King’s Champion, Lord Nathaniel Wyatt, designed the head-to-head elimination shoot for the 16 finalists, which involved shooting “minions” which were attacking Queen Kienna; harming the queen in the process led to instant elimination.

At the end of the long day, the tournament winner and new Queen’s Archery Champion was Baron Krakken Gnashbone. He prevailed over Lord Orvar, who was declared the new King’s Champion. Both Champions are from the Barony Beyond the Mountain. END_OF_DOCUMENT_TOKEN_TO_BE_REPLACED

END_OF_DOCUMENT_TOKEN_TO_BE_REPLACED

Posted on behalf of the Pennsic 42 staff. There are a few changes this year that are starting to be publicized: The Pennsic Facebook and Twitter Feed webpages are public access from the web and information will be posted by senior staff up to and during war. Every effort will be made to ensure that …

END_OF_DOCUMENT_TOKEN_TO_BE_REPLACED

Many activities were rained out at SCA events in the Northeast last weekend, but not the Laurels versus Pelicans boffer fundraiser.  Holding a melee out of doors as originally planned was impossible in the mud and rain, but Mistress Anastasia, former Kingdom Mistress of Lists, suggested a format change.  The tables were pushed back in the large dining hall, and one-on-one bouts were held in the round for the entertainment of the damp event attendees. END_OF_DOCUMENT_TOKEN_TO_BE_REPLACED

END_OF_DOCUMENT_TOKEN_TO_BE_REPLACED

Some of the Laurels and Pelicans headed out into their fundraiser at Panteria with boffer weapons that were built specifically for them.  These peers proposed “specialty weapons” which they would get to use only if they raised enough money.  The weapons added humor to the already lively bouts.

For more information about the fundraiser, see the Gazette article Laurels and Pelicans Defeat the Weather and www.laurelsvspelicans.com. END_OF_DOCUMENT_TOKEN_TO_BE_REPLACED

END_OF_DOCUMENT_TOKEN_TO_BE_REPLACED

His Majesty East, Gregor, sent the following missive to the kingdom: “We are pleased to announce that the results of the polling for the first Baron and Baroness of the incipient Barony of Endewearde are in. We are delighted to accept the populace’s recommendation and have confirmed that Ane’ du Vey and Sylvia du Vey …

Artisans of the East! There will be an A&S table at Southern Region War Camp & King and Queen’s Archery Champions, June 1st weekend in the Barony of Carillion, (Manalapan, NJ). Open to all skill sets, the event welcomes your endevaours, as well, there will be an opportunity for a people choice award (and, as …