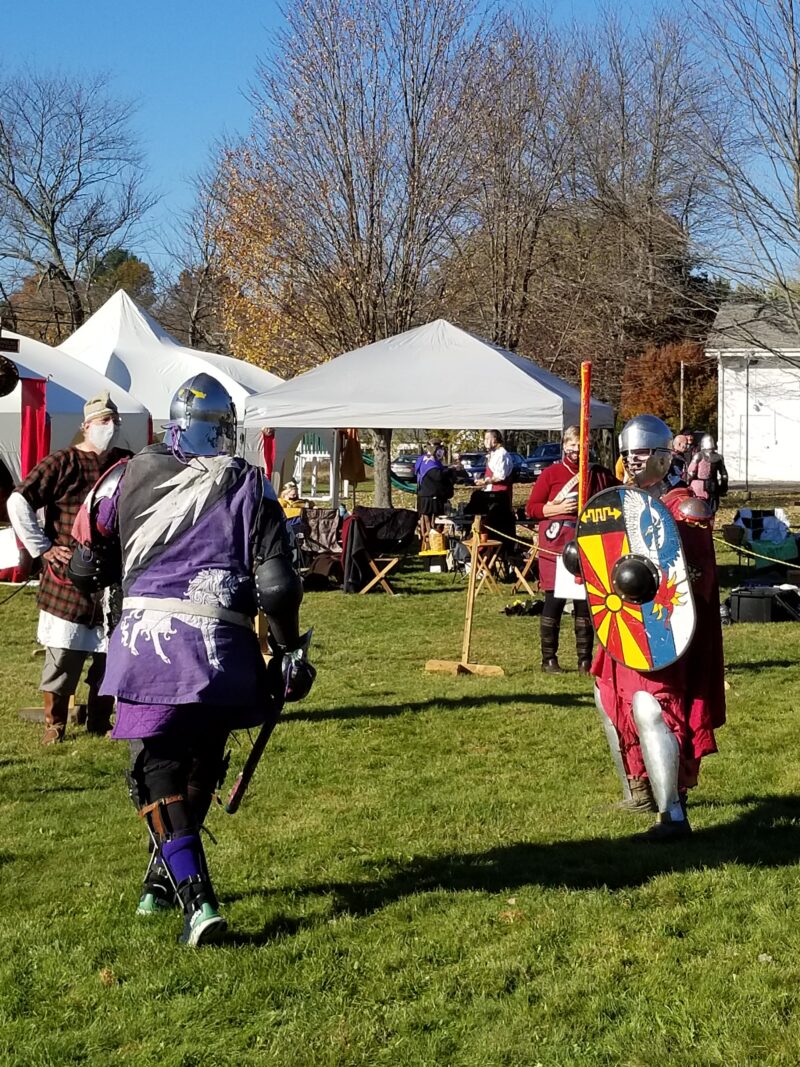 Four Combatant Couples remain in contention to inherit the crown of the East Kingdom.

As a reminder, the format for the tourney from this point is:

The Finals for Crown Tourney will be a best of five series. The weapon selection for the five rounds is as follows:

The Gazette thanks our reporters on the ground, the MoLs, heralds, Earl Marshal Staff, and their Majesties for their hard work. Any mistakes are entirely on our part, and not theirs.