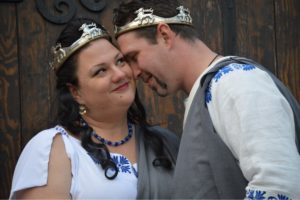 In the Final Round of Crown Tourney, Prince Ioannes Aurilius Serpentius, for Princess Ro Honig von Summerfeldt has emerged victorious over Sir Matthias Grunewald, for Baroness Æsa feilinn Jossursdottir, and are now the heirs to the thrones of the East. 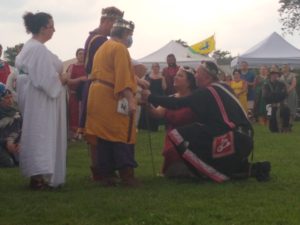 The final was decided in a best of 5 format with the weapons forms changing with each bout, with the combatant with higher precedence going first.

The Gazette thanks the MoLs running today’s tournament.  Any mistakes belong to the Gazette staff.