Unto all the equestrians of the East Kingdom does the Order of the Golden Lance of the East send greetings!

In this time of exile the opportunity to prove ourselves in tournament is rare, yet the Order of the Golden Lance is undaunted. The practice of our skill at horse and at arms requires diligent attention in peace as well as war, and our steeds stand in need of gainful exercise. To this end, on the 19th day of September in the year of our Society LIV, shall be held a tournament of the noble games of ring-spearing and reed-chop for the pleasure of Their Royal Majesties-to-be Tindal and Alberic and the entertainment of the populace of the East and the Knowne World.

The Order of the Golden Lance shall serve as host upon the ethereal field, but not as Tenant. This field shall be open to all comers of the East Kingdom who shall hold the field of honor as one company equal in friendship and unmatched in Chivalry.

The requirements of this tournament shall be:

-Letters of Venancy must be submitted to Mistress Eleanor fitzPatrick by the 10th day of August via ethereal means.

-All Venants’ dress, be it human or horse, is expected to conform to the standards of the Society for Creative Anachronism.

-Venants may declare for the rings, for the reeds, or for both. The particulars of each game shall be as directed in the rules of the Inter-Kingdom Equestrian Competition.

-Venants must submit documentation of their entries by the 7th day of September by ethereal means.

-Prizes of wordfame and renown shall be awarded at the pleasure of Their Royal Majesties. 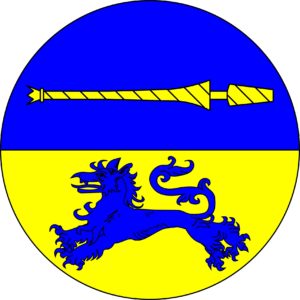 In Service to the Society,

(modern details)
We’re gonna have a virtual tournament, just for funsies. First, email Mistress Eleanor by August 10th to declare your entry. Then, set up rings and/or reeds according section VII of the IKEqC rules at http://www.scaikeqc.org and video your runs. If you do not own a full set of rings and/or reeds let a member of the Order know and we’ll try to help you find a set to borrow. You may submit one pass at the rings and one pass at the reeds, on your honor, as well as a brief introduction. Make sure your video includes a way to tell your score, either visually or by report. Additionally, you may submit a short (20-30 seconds) “behind the scenes” introduction to your horse which will be included in the broadcast if time permits. Video must be turned in to Mistress Eleanor no later than September 7th, to be collected into one program to be broadcast on September 19th. Per the video editor’s request, all video should be filmed in Landscape mode, not Portrait.