The Equestrian Champions’ Tournament was held Saturday at Northern Region War Camp. 11 rider and horse teams competed in the two part tournament, with 10 vying to become Royal Champions. The Morning Course, run by Gwen, was focused on weapons, and the afternoon course, run by Cathain, was focused on horsemanship. The scores were then combined.

Lady Angelique de Conte won the tournament on her 17.1 hand, 22 year old warm blood mix, Dread Private Roberts, in his first competition back after an injury. As the winner, she was named Sovereign’s Champion.

Lisabeth was chosen as Consort’s Champion, at her first event, and having authorized on the eve of the event. She completed the competition on Dolly, a 14.1 hand, 20 year old Quarter horse. 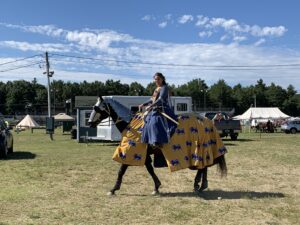 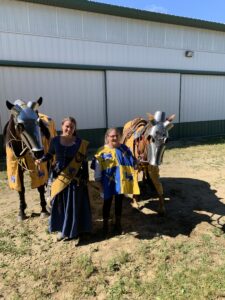 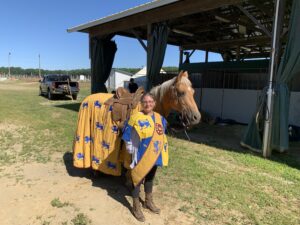