Greetings from the Minister of Arts and Sciences!

On February 29th, in the Barony of Dragonship Haven, an arts and sciences competition was held to decide who would be the next Crown champions.  Fourteen artisans successfully made the journey to barony to compete, while another sixteen artisans came to display their projects in a separate hall.

The competition was divided into two rounds, and the top-scoring entrants from the first round of judging went on to be interviewed by Her Majesty and Their Highnesses, where they were asked to talk about not only their projects, but to comment on how they would support the arts and sciences if they were chosen as the champion.  The five finalists and their project titles were: 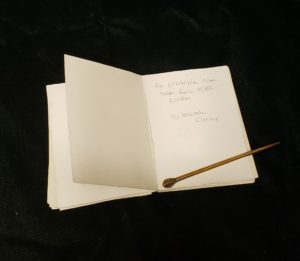 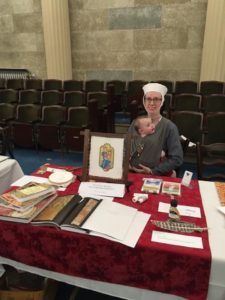 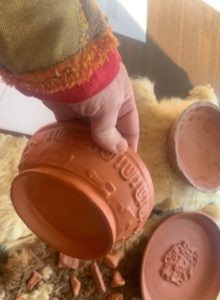 While each of these finalists was very deserving in their own right, in the end, Her Majesty and Their Highnesses chose Fiore Leonetta Bardi and Amalie von Hohensee to represent them as champions of A&S for the year. During this time they will work to increase the visibility and accessibility of the arts and sciences throughout the kingdom, and work closely with the MoAS office to organize the Pennsic A&S War Point and next years Champion’s Competition.

There was also an opportunity for youth to display their arts and sciences work at this event. Her Majesty, a great supporter of the kingdoms youth, called the young artisan pictured here into court to recieve a scroll and to help encourage him in his artistic journey.

This competition would not have been possible without the help of many people:

Thanks go out to the Barony of Dragonship Haven and to the Event Steward Vienna de la Mer and her staff for creating a wonderful space in which to have our competition. Thank you to Her Majesty and Their Highnesses for their enthusiastic participation in the day’s event. Special thanks to the previous year’s champions, Þorfinnr Hróðgeirsson and Ástríðr Musi, for their assistance planning for and running the competition.

Finally, this event would not have been possible without the twenty-two judges who volunteered their time to talk to entrants, score projects, and provide artisans with feedback. Judging A&S competitions is a mentally and emotionally taxing job, which is why the MoAS office greatly appreciates the services of the individuals listed below.

Thanks to Leonete D’Angely for assistance with writing this article.