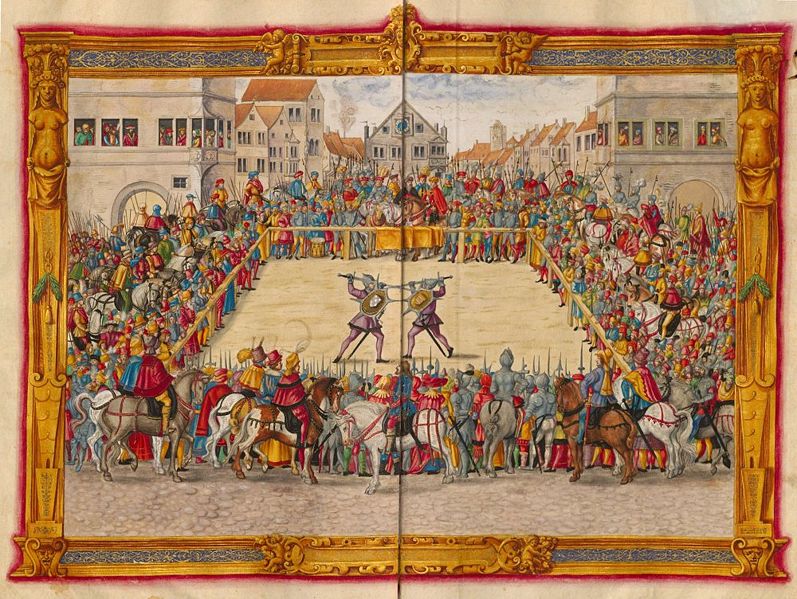 Good gentles of the East, the Gazette is pleased to report that this Spring’s Crown Tournament to determine the Heirs of our esteemed Brennan Augustus and Caoilfhionn Augusta is well underway in the Barony of L’Ile du Dragon Dormant in the Crown Principality of Tir Mara.

Having completed the first round of combat, a round-robin in which every combatant in their pool fought every other combatant, the Gazette is now able to report on the individuals who have advanced to the double-elimination rounds of the tournament by being one of the top two combatants in their pool.

The Sweet Sixteen round (the first of the double eliminations rounds) has been paired up as follows:

The Gazette is very grateful to our reporting crew at the tournament.